The RecycleMich initiative was started in Vienna in Austria as a joint solution between leading beverage manufacturers and Reclay to achieve the collection targets set by the EU for PET bottles and aluminum cans. At the heart of the initiative is a digital incentive system in the form of an innovative app solution. RecycleMich builds on existing collection structures and helps  consumers to separate packaging waste, which is firmly anchored in their everyday lives.

Since March 2021, consumers can use this app to scan participating recycling containers and packaging before they are properly disposed of and collect points for doing so. The points are credited to a personal user account and entered into regular prize draws. By using the app, users can not only protect the environment and simply act sustainably, but also win a variety of prizes from participating partners at the same time.

The RecycleMich initiative came about as a merger between the Reclay Group, Coca-Cola Austria and other leading Austrian beverage manufacturers such as Rauch, Red Bull, Vöslauer, Innocent, Almdudler, Eckes-Granini and Waldquelle. All partners in the initiative have committed themselves to implementing common goals, above all increasing the collection and recycling rates in Austria. The RecycleMich initiative was extended to all of Austria in July 2022 and is looking forward to new partners such as Henkel, Delta pronatura Dr. Beckmann and Espara are also very popular in other consumer industries. 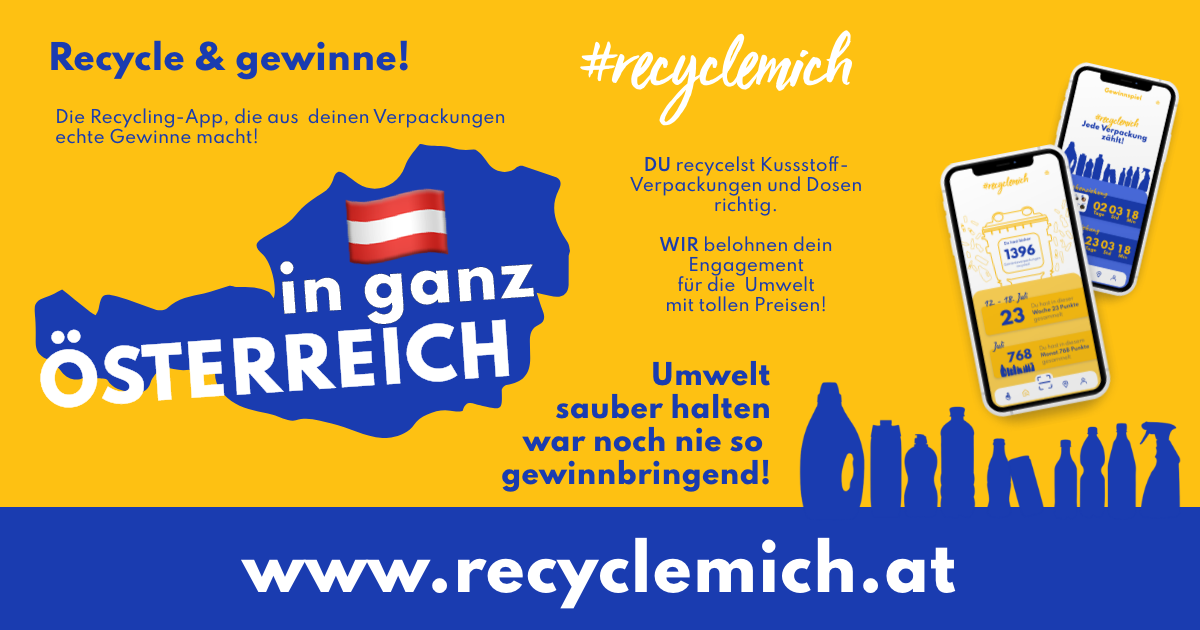 Is this topic also relevant for you? Find out more here on the RecycleMich website

We look forward to reading from you. Just write us your request:

More on the topic